Oliver Sykes is an award-winning Arts Practitioner and Children’s Writer/Performer. He is one of six kids, and was brought up on a council estate in Derbyshire by his single parent dad.

Over the past decade, Oliver has worked as a producer, mentor and creative collaborator, supporting the early careers of many artists whose voices are under-represented in the Arts, including Sophie Willan and Jackie Hagan.

In 2015, Oliver began working as Producer at Stories Of Care, a non-profit writing organization, founded by Sophie Willan. His role soon evolved from producing to becoming a core member of the creative team, and it was during this project that Oliver discovered his natural talent and flair for children’s writing.

Oliver has since studied with The Golden Egg Academy and become a Supported Artist with Z-Arts and Manchester Children’s Book Festival. He was shortlisted for Penguin’s 2020 WriteNow Programme and in 2021 he secured mentorship with Dominic Berry and Phil Earle.

In 2020, Oliver was selected as Lead Artist for Stories Of Care. In 2021, he led the Stories Of Care team to support an exceptional group of new and exciting young writers from low-income, single parent and care-experienced backgrounds, to write their first short story for children. Stories Of Care’s hotly anticipated second anthology Tales of the Bold, the Brave and the Beautiful will be released on June 4th 2022.

On May 12th 2022, Oliver will also release his dazzling debut piece of Illustrated Fiction, Alfie’s First Fight, inspired by his experience growing up in a single parent low income family of boxers.

Oliver will also embark on a national tour of the children’s theatre adaptation of his debut novel, created and performed by him, and directed by Dominic Berry. The show will tour to libraries, boxing clubs and theatres across the UK, with a robust and unique outreach package, ring-fenced for children and young people from disadvantaged backgrounds.

“A self-starter, a maverick and a creative force to be reckoned with.” 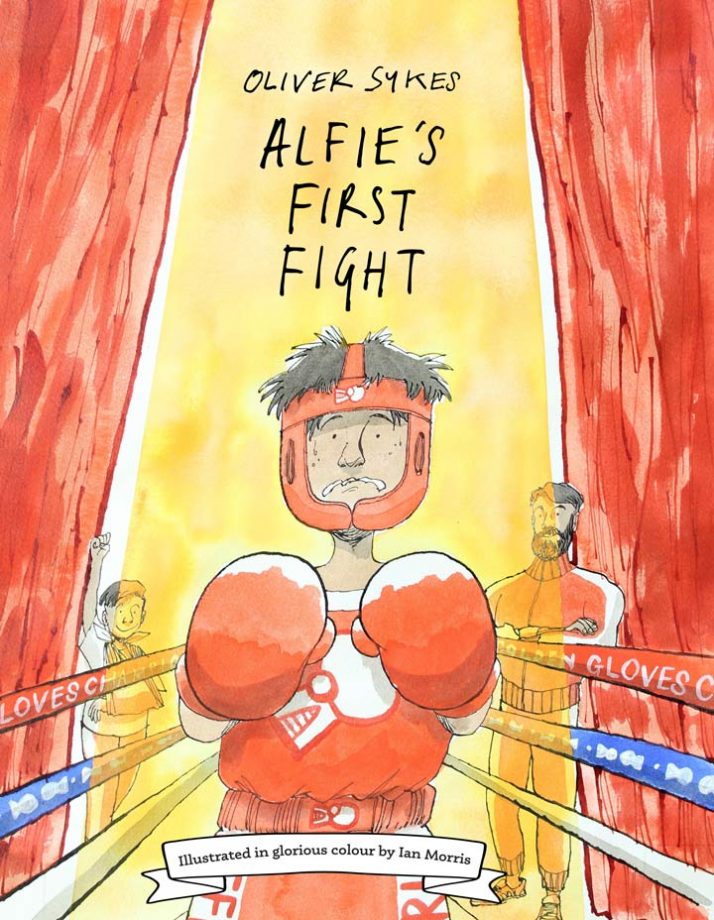 For enquiries and bookings, please email Oliver at